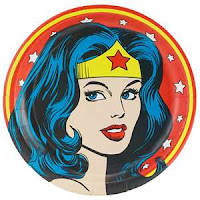 It’s month three of the DC relaunch and sadly one of the books I have been getting is on the chopping block. That book is Wonder Woman.
The buzz right now is about the fact that in the new timeline it has been revealed that Zeus is her father. That has nothing to do with my problem with the title.
My issue is that they have made her uncaring.
Her attitude to the woman she is trying to save in the storyline is borderline abusive. She seems to be more bloodthirsty and does not appear to get along with the other Amazons. It’s like they gave her the personality of the Huntress
Batman is being portrayed as being more compassionate right now.
I think this is the latest expression of a problem Wonder Woman has had since the Crisis on Infinite Earths reboot in the mid-eighties. Every writer who comes on to the character sits down to figure out who she is and what her place in the DCU is. That would be fine, except they then make that exploration the whole point of the series.
And is that really necessary?
In 1941 William Moulton Marston created Wonder Woman. He saw a comic book market saturated with male characters and wanted to create the ideal female hero, one that would overcome her foes not only with her fighting prowess and powers, but also her heart. She was a heroine who could be a role model for young women.
Yes he did include Greek mythology in the origin, and yes do to his unconventional life style there was some unique philosophy and a lot of bondage. But in the end it was about a strong, caring female hero.
Is that so hard now?
Let’s stop trying to figure out her symbolic place in the DCU. Let’s stop exploring her mythological roots. Let’s tone down the examination of the Amazon culture.
Just get back to the strong, caring heroine who goes out and fights the bad guys. Get back to the role model.
I’ll give the book another issue or two, but I’m not hopeful. But maybe someday a writer will be inspired to go back to Wonder Woman’s true roots.