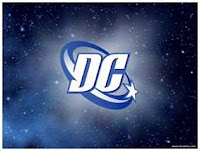 Heartless is the fourth book in the Parasol Protectorate series by Gail Carriger. As stated in my previous overview of the series the story is a blend of Steampunk, Supernatural, romance and Victorian manners.
The fourth book finds are heroine Alexia Maccon near the end of her pregnancy. As a woman of action Alexia finds herself unsuited to being pregnant, going so far as to refer to the baby as the “infant inconvenience.”  Adding to the complications is the constant attempts by the vampires of London to have her killed out of fear that the child of a werewolf and a soulless woman will be a major threat to them.
To end this there is a compromise made. Alexia’s vampire friend Lord Akeldama will adopt the child thus dampening the other vampires’ fears. This leads Alexia and her Husband, werewolf alpha Lord Conall Maccon to move in next door to Akeldama.
And this is when the mad ghost appears claiming there is a plot against the queen.
If you are not already a fan of the Parasol Protectorate this is not a good jumping on point. The book assumes that you are familiar with events from the previous books. However this is true of most continuing series these days.
If you are a fan of the series it is a great continuation of the story. The author does not let the status quo of the series impede her story and the development of the characters. Most of the reoccurring characters get their individual story arcs developed further.
Alexia is shown dealing with her pregnancy while still fulfilling her duty as a member of the queen’s shadow council. We also see some of the inherent drawbacks to her soulless nature. Lacking in instincts and intuition she has to depend on her intelligence and pragmatism. We are shown this is not always a good thing.
Biffy, Lord Akeldama’s former drone and lover, was made a werewolf in the last book to save his life. Having wished to become a vampire we see his struggle with his new nature.
We learn much more about the back story of Werewolf beta Professor Lyall and how far he will go to protect the pact.
And of course there is intrigue with the mysterious French inventor and hat shop owner Madame Lefoux.
If there is a fault with the book it is that there are a lot of plates spinning at once. Of course being an ongoing series that does appear to be the norm these days.
As a fan of the series I was very pleased with it as a continuation of the story. And it ends in a way that makes me want to read Timeless when it comes out. 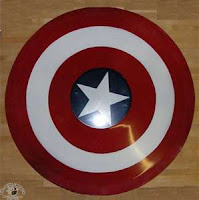