After 14 years the juggernaut that is the Harry Potter franchise has come to a close as of this last weekend. I saw Harry Potter and the Deathly Hallows part 2 last night. It was a very good movie although the final scene did not work as well on screen as it did on paper.
Rather than review the movie I want to look at the phenomena that is Harry Potter.
The first book was published in June of 1997. As hard as it is to remember sometimes the Potter series is classified as middlegrade books. This means it’s more mature than a children’s book but not quite up to teen level yet. It was written by J.K. Rowling a single mother who was living on benefits.  It ended up being a seven book series with each of the last four books breaking the previous record for fastest selling book ever.  And Rowling went from living on benefits to the first person to ever listed by Forbes as having become a billionaire solely through writing books.
And she earned every cent for one reason. She got children interested in reading. Hell she got lots of people reading.
The strength of the series was its ability to mature along with its main characters. The first books were middlegrade with was the age range of Harry and his friends. As they matured to teenagers the series itself matured to teen level.
(Side note, friends in the publishing industry tell me that the big difference between teen and middlegrade is that middlegrade books lack angst.)
The books are full of wonderful and wondrous imagery.  The values held by its heroes are virtuous and ultimately good triumphs over evil, but not without great cost. Its great literature and proved once and for all that you can write for children without writing down to them.
The film series stands as the most successful of all time. They managed the remarkable feat of casting a group of child actors ten years ago and managing to keep them all as the series progressed.  It will be interesting to see how they progress now that the series is over.
And my opening statement may not be strictly correct. We have seen the end of the books and movies, but the franchise is actually got a lot of steam left. I recent trip to mall included poking my head into Hot Topic. There was wall to wall Potter. Yes it was ramped up for the movie but still there is a lot of merchandise.
And then there is the theme park. Last year my wife and I went to Universal Studios Florida for their Halloween event (Which will be covered later on). While there we went to Universal Islands of Adventure, which includes the Wizarding World of Harry Potter. It was an amazing exercise in environment immersion.  It’s only about a year old and it is packing them in. We went on a Thursday and it was packed. We went back on Saturday and it was so packed we could barely move. Picture frames are really video for the moving pictures, you can buy butterbeer and Pumpkin juice, There is the wand shop, the gag store, and the main ride takes place in Hogwarts. 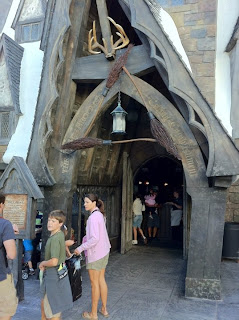 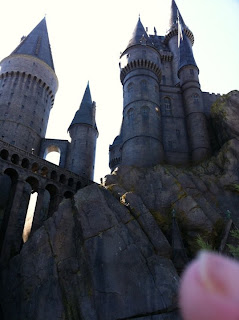 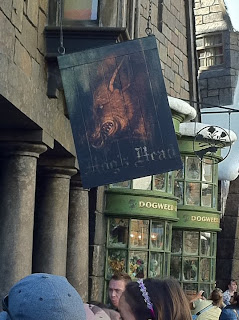 Finally Rowling is opening a website called Pottermore that appears to be basically a Harry Potter social networking site.
The series is over, but the Boy who lived looks like he has a lot of life left in him.