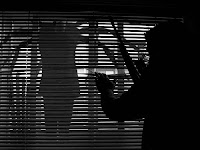 One of the features of urban legends is that they are basically modern folklore. It is an oral tradition that spreads as a story to from the point of view of a friend of a friend. They are often cautionary tales and will have a hint of the supernatural. Some are even outright ghost stories such as the vanishing hitchhiker.
And now we have the internet.
And our folklore is now known as memes.
One of the best came about on June 10th, 2009. This is the date of the first sighting of the Slender Man.
Who is the Slender Man? That is a good question, not a smart one to ask, but a good one none the less.
Take a look. 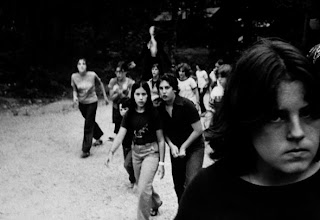 Did you see the odd figure in the back ground? This is the first known picture of the Slender Man.
Many followed. 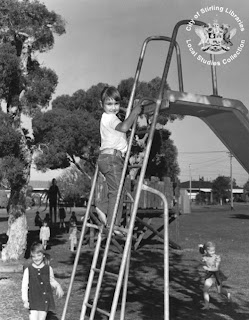 They say that the more you think about him, the more likely you are to encounter him. Those that do start to obsess, often getting ill. Several people who have gotten pictures of him have disappeared. 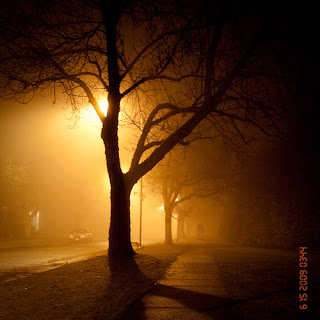 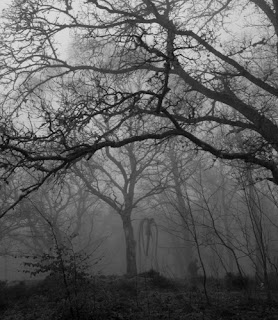 Well that’s the point. The truth is that the Slender Man is a case of an intentionally created urban legend.
In the forums of the web site Something Awful a thread was created dedicated to taking normal photos and altering them to make them appear paranormal. On June 10th, 2009 Victor Surge posted the first couple of what would become many pictures featuring his creation, the Slender Man, a creature composed of aspects that he found creepy.
Unnaturally tall? Check.
Featureless face? Check.
Elongated limbs? Check.
Men in Black Suit? Check.
Never in focus? Check.
Not content to just make creepy pictures Surge included “facts” surrounding each picture to enhance the story.
Eventually the thread became dominated by the Slender Man as other people jumped on the band wagon. Those that could not create pictures started creating the mythos that surrounded the Slender Man. Yet he was always left vague enough for people to add their own interpretations. Conflicting accounts were made. In other words the perfect Urban Legend. It has grown to the point where some people have heard of the story in urban legend fashion and have no idea that it was made up on a forum.
The image and myth are so intriguing that several people have written stories are made online videos based on it. Examples include Marble Hornets and Everyman HYBRID. Do you self a favor and do not check these out after dark, unless of course you like to be creeped out when you go to bed.
One of the best parts of the Slender Man myth is how it takes advantage of both the internet and basic human behavior. The myth states that thinking too much about the Slender Man attracts his attention and at some point he will visit you in your dreams. Guess what has a good chance of happening if you start looking up information on something with as iconic a look as the Slender Man?
At some point I’m convinced a feature movie will be made. I hope it is an indie film, but not found footage as that has been done to death. When it does get made I hope Victor Surge gets some kind credit.
Until then there are great sites you can check out for more.
I think that is a good place to end.
Everything is fine.
That noise you heard, ignore it.
Just don’t look out the window for a while.