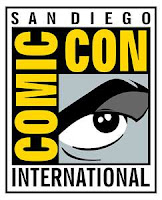 1 thought on “San Diego Comic-con; what as become of thee?”